Believe it or not I think it all starts when we’re kids.

Remember when your parents asked/told/ordered (delete where appropriate) you to do something that you weren’t really a fan of, or couldn’t see the point of?

It got done, eventually, but usually not very well, or quickly and ONLY because of the threat of some sanction or restriction of liberty by your parents.

So fast forward to the here and now and not much will have changed for many of us.

Our son, Curtis, epitomises the ‘I know I’ve got to do it, but I don’t want to so I’ll rush it and do just enough and who cares if it’s a half arsed effort’. He hates doing the washing up and never completely cleans everything. He does just enough to get away with it and not get in trouble (well most of the time) and that’s what I think happens when it comes to most businesses and the Equalities Act.

The Equalities Act, with it’s rather erroneous wording, is open to too much interpretation as to what is and what isn’t a ‘reasonable adjustment’, so far too many businesses and organisations do ‘just enough adjusting’ to keep them out of trouble.

But a ‘just enough’ attitude is absolutely the wrong way to go and here is why:

Turn on the TV, open a magazine and you'll witness millions of pounds being spent by companies trying to convince you that they and their products will benefit you; that they care about you, that you are the centre of their universe and they want to make your lives better.

People like to feel welcomed and important when they are going to spend money so every effort is made to convince the consumer to ‘spend money with us not them’, that is unless you have a disability which requires the company to make some adjustments. Now it’s more a case of ‘uh oh I wonder what demands these people are going to make now and how much is it going to cost us…?’

But here’s the thing, what if Costa (no preference, just an example) actually embraced people with disabilities, not just the box ticking embrace, but actually thought: (Cue boardroom conversation) ‘Ok, what can we do to actually encourage people to want to visit our coffee shops with their friends rather than go to Starbucks?’, ‘take RoomMate for example, how difficult and expensive would it be to fit them and make all of our toilet facilities accessible to Visually Impaired people?... anyone?'

A polite cough comes from the back: 'On average it takes under an hour to fit a RoomMate to an existing electrical supply (the record is 15 minutes) and at around £600 each we're not talking that many coffees to recoup the cost; so if we fit them in all of our 3,532 shops and then shouted about it across our social media platforms I think we'd wipe the floor with our competitors. If you don't mind me saying’

(The following image is purely a mock-up by us and Costa nor any related business had any input whatsover, although we hope one day that they will...) 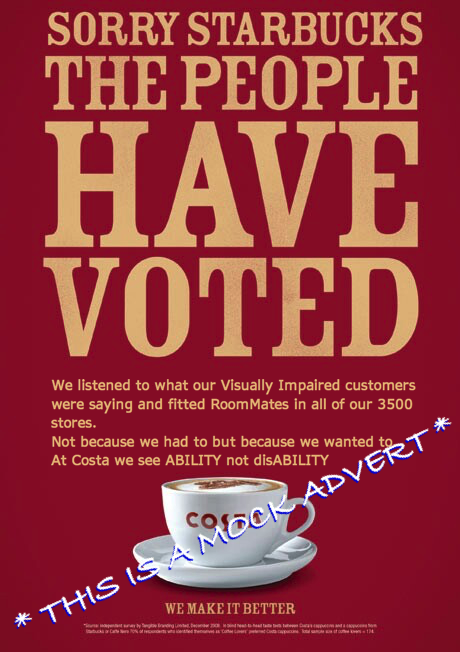 Without making any wild assumptions we think it’s reasonable to assume that with 2.2 million registered blind people in the UK, promoting the fact that not only do they actually care about the issues facing a Visually Impaired customer but that they have also done something to help, Costa could expect to see an upsurge of custom from this largely ignored sector of the population, plus their friends, family, carers and anybody else who likes the idea of someone positively choosing to do something rather than being made to ‘because it’s the law’.

We're not making this up, put yourself in the shoes of your VI customers, where would you spend your money?

With the people who say they want your business but do nothing to help your experience or the company that actually does it?

You would be forgiven for thinking it's a no brainer...

Related Guest post: On the hunt for truly accessible toilets

This comment was posted on our FB page yesterday in response to a competition we are running for the Sight Village Roadshow later this month: https://bit.ly/2GwImSy

"Hi Helen, your post prompted me to Google RoomMate, and what a great promotional video and an even more fantastic idea.

Every time we are out together I, with my limited sight, have to recce the toilet first and describe it to my totally blind husband before he goes in to use it.

This device, if it becomes widespread, will transform the loo trip for people like us." 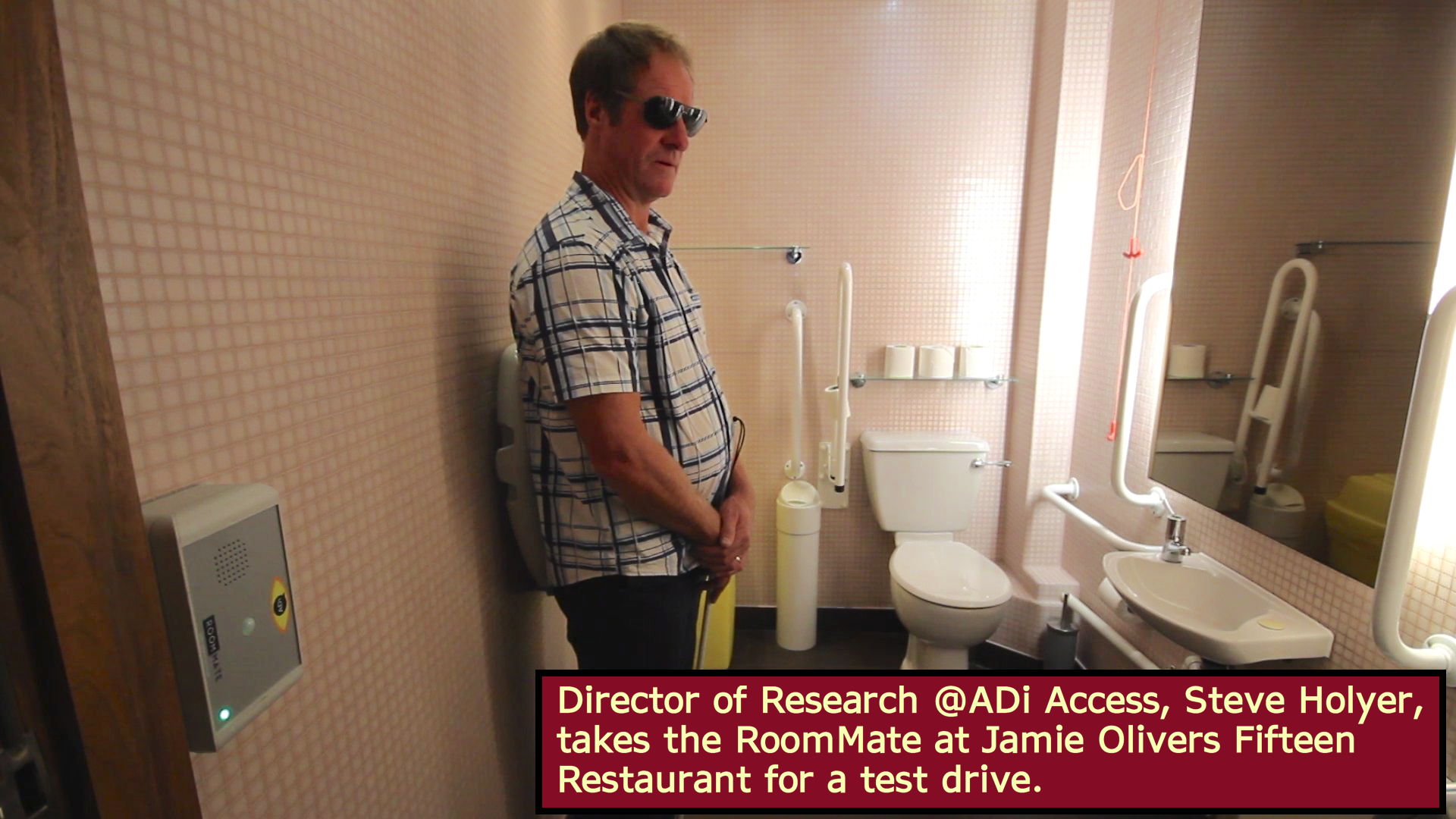 Get in touch today and we'll show you how your business can open its doors to a whole new world.