It’s the back end of 2017 and Innovation is as popular as ever.

New and smarter personal gadgets seem to spring up every where you look, some proclaiming to be ‘the next generation of this’ or ‘the new way to do that’ and what they all have in common is the idea that they will free us up from the mundane and allow us to become more efficient and give us more time.

The concept of VUI (Voice User Interface) has come a long way in a relatively short space of time, I can remember in the not too distant past trying to ‘teach’ my computer to understand my dictation so that I could stop typing and being frustrated that it refused to get a sentence correct.

It’s not like I’m a Geordie or a Scouser with a thick accent (no offence) that makes it largely impossible for people outside a 20 mile radius to have a clue what’s being said, I have very little inflection and little to no accent but could I get it to work? No.

Amazons Alexa is the latest incarnation of this technology and a number of people I met at a recent Tech conference were raving about it! 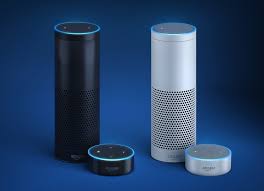 It really must be me though because when I spoke to her, ‘Alexa, what is the time?’ she ignored me completely! I think I’m growing a complex…

At ADi Access we have been researching the practicality of future RoomMates utilising VUI both as a security option (no need for the emergency pull cord anymore) and RoomMates that would enable the user to ‘request’ the location of specific items in the room, but we have so far encountered several issues:

1/ What if the speaker had an accent the RoomMate hadn’t heard or learned yet?

What answer could it possibly give, if any?

2/ RoomMates describe the locations in a structured way (twice) to enable the visitor to ‘picture’ the room from their standpoint at the entrance, if we removed that and relied on the unit to give instructions on demand what would we use as the ‘relative point’ for the answer?

For example: Currently, once you’ve entered and are stood in the doorway, RoomMate would say “The toilet is on the wall to your left’ pause, ‘the toilet tissue is to the left of the toilet’, ‘the basin is on the wall in front of you’, ‘it has a single lever tap’ etc until you’re done.

Now, without the reference to the previous location, randomly asking ‘where is the basin’ wouldn’t help because RoomMate wouldn’t know where you are or where you are facing so to answer ‘ the basin is on the wall to your right ’ could lead to mayhem.  Aah dilemma..

Did that make sense?

If not, try reading the bit in italics again and try and picture what the 1st RoomMate said..

But, as Sean Connery found out ‘You can Never say Never’ so we keep on researching…

So what does RoomMate actually do? 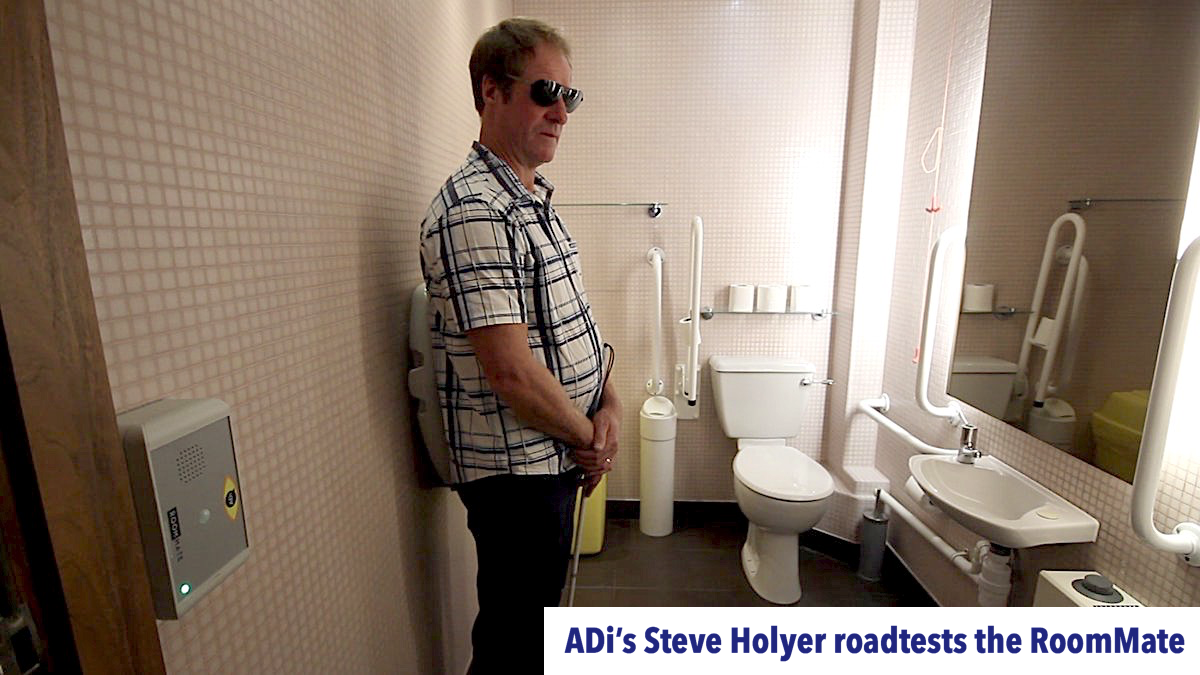 Imagine walking into a pitch-black room that had a RoomMate in and listening to it explain where everything is in relation to you.

(Funnily enough, when I introduced myself at the aforementioned Tech conference, one of the other delegates responded by saying that a RoomMate in Helston had helped her find the light switch in a dark facility and she had no vision problems! Brilliant!)

The explanation enables you to build a picture of the room in your minds eye to the point where you can ‘see’ into the room, thus letting you use the room without the need for ‘human’ assistance.

The key is trust.

If there is even the slightest possibility that you couldn’t trust what you heard you wouldn’t do it would you?

Much like asking a stranger for directions and hoping they haven’t sent you in the opposite direction.

RoomMates have to be foolproof and work for everyone, every time, with no mistakes and no reliance on the user having their own ‘trigger’ and at the moment the technology of VUI just isn’t there.

RoomMates became a reality thanks to some nifty new software being written by an extremely clever fella, maybe not in the too distant future VUI or something like it will help us with the next generation of aids.

We certainly hope so!