In my lifetime technology has ripped apart many of the absolutes that I was taught at school and subsequently grew up with.

In the not too distant past I got all of my news, views and subsequent opinions, from the TV, Radio and newspapers.

What they told me I either believed or didn't, they told me how the world was and I had no way of corroborating these 'facts' even if they didn't 'fit' with my view of the world.

In that world I had to trust that what I was being told was balanced and honest and that my perspectives weren't being manipulated.

That the 'establishment' had my best interests at heart, that everyone was equal and the rights of everyone was the bedrock of the society that I lived in.

Then along came the internet and all of a sudden mainstream media had a rival for my attention.

Social media has irrevocably changed the way we receive news, everything we read or are told we can now choose to check for ourselves, now, when you see a report on the news you have myriad ways of double checking the facts before accepting or rejecting them. Inequality rally with a banner saying, Injustice anywhere is a threat to justice everywhere, a quote by Martin Luther King JR

Take disability rights for example, the Internet has given us all a voice, it's given us the ability to publicly question and criticise what businesses do and don't do for those of us with a disability and it’s not just the traditional charity campaigners for disability rights either, for individuals themselves are beginning to realise that, with the power of the Internet and the immediate impact of social media, they have a powerful voice on the issue and they are becoming less and less afraid to use it.

It’s a common theme to blame America for the rise of the ‘where there’s blame there’s a claim’ culture but with instances of persons being discriminated against here in the UK coming more and more to the fore it takes a brave organisation to ignore what’s coming and plead ignorance.

The Equalities Act isn't quite a toothless tiger but because 'reasonable adjustment' can be argued for and against it doesn't really do anyone any favours and those businesses who don't really think it through or who merely 'tick the disabled access box' are leaving themselves vulnerable to the wrath of the individual.

Some examples for you:

Now this isn't something new and I am certain that individual cases like these have been fought and either won or lost for decades, but what is different now is that I know it's happening and I can see what's happening and I feel empowered by the fact that I can do something and that should be a sharp wake up call for the box tickers.

Heard about this one?

or maybe this one:

Broadway hit 'Hamilton' is sued over services for blind theatergoers

If you haven't got time to read the whole article here's an extract that gets striaght to the heart of the matter: “From the RNIB’s point of view suing is probably the right thing to do as it pushes it back up the to-do list. I’m incredibly surprised it’s come to this. I was always of the opinion no one would ever get sued over this because of the threat of bad publicity.”

"Personally speaking, I rather like the US system, where refusals are considered federal offences. The reality is that the responsibility for holding businesses legally accountable lies with the individual guide dog owner. I would like to see a system where the police deal with such offences, but since existing laws are being flouted, it’s unquestionably the case that much more education is needed."

And if you've never heard of this campaign to provide a Changing Rooms facility then the upcoming 'Pants down for equality' campaign, brainchild of fed up mum Sarah Brisdion is genius! 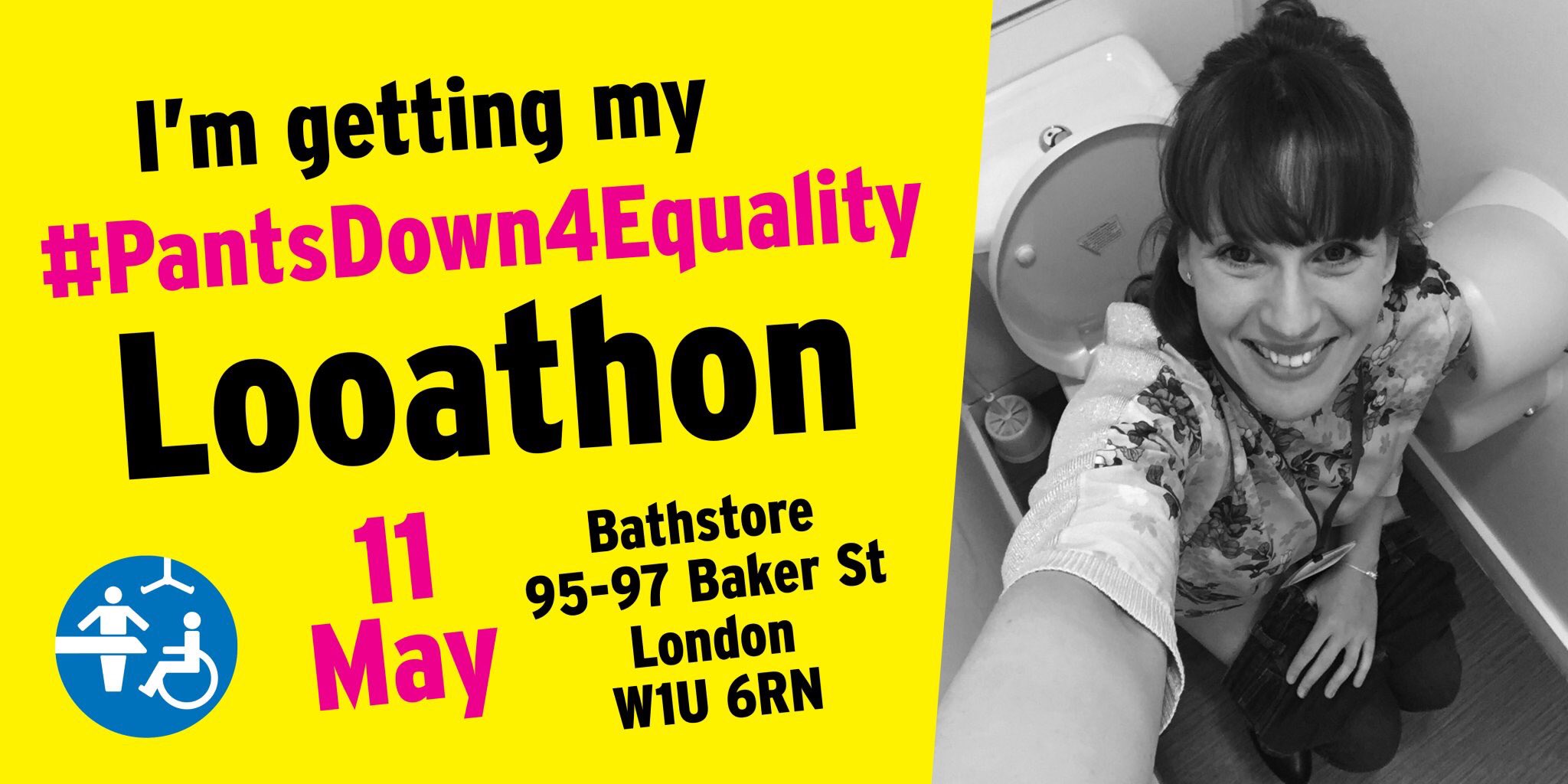 Above: Advert for the pants down for equality Looathon on May 11th

This next one has raised arguments on both sides of the fence, BUT, the fact that it is in the public domain is the thing that should worry any 'tick box' business owners.

Pub sued for not letting assistance dog near carvery with owners

Are floodgates open for US citizens to sue companies over inaccessible websites?

"The Target case took three years and so we might not see the results of these cases for quite a while, but the fact that more companies are being challenged is a positive step for anti-discrimination."

"The spirited 75-year-old, who is blind, said: “They have a duty to provide equal opportunities for disabled people and they aren’t doing that." “They have taken away our rights.”

Related: What's all the fuss? 12 billion reasons why your business needs to look at disabled access

Everybody has heard about it but if you need a quick refresher here’s the official overview courtesy of gov.uk

“The Equality Act 2010 legally protects people from discrimination in the workplace and in wider society. It replaced previous anti-discrimination laws with a single Act, making the law easier to understand and strengthening protection in some situations. It sets out the different ways in which it’s unlawful to treat someone.”

As it says, The Act was passed to ensure that businesses followed the correct guidelines and procedures and made ‘reasonable’ adjustments to their facilities and make them inclusive for everyone regardless of disability. 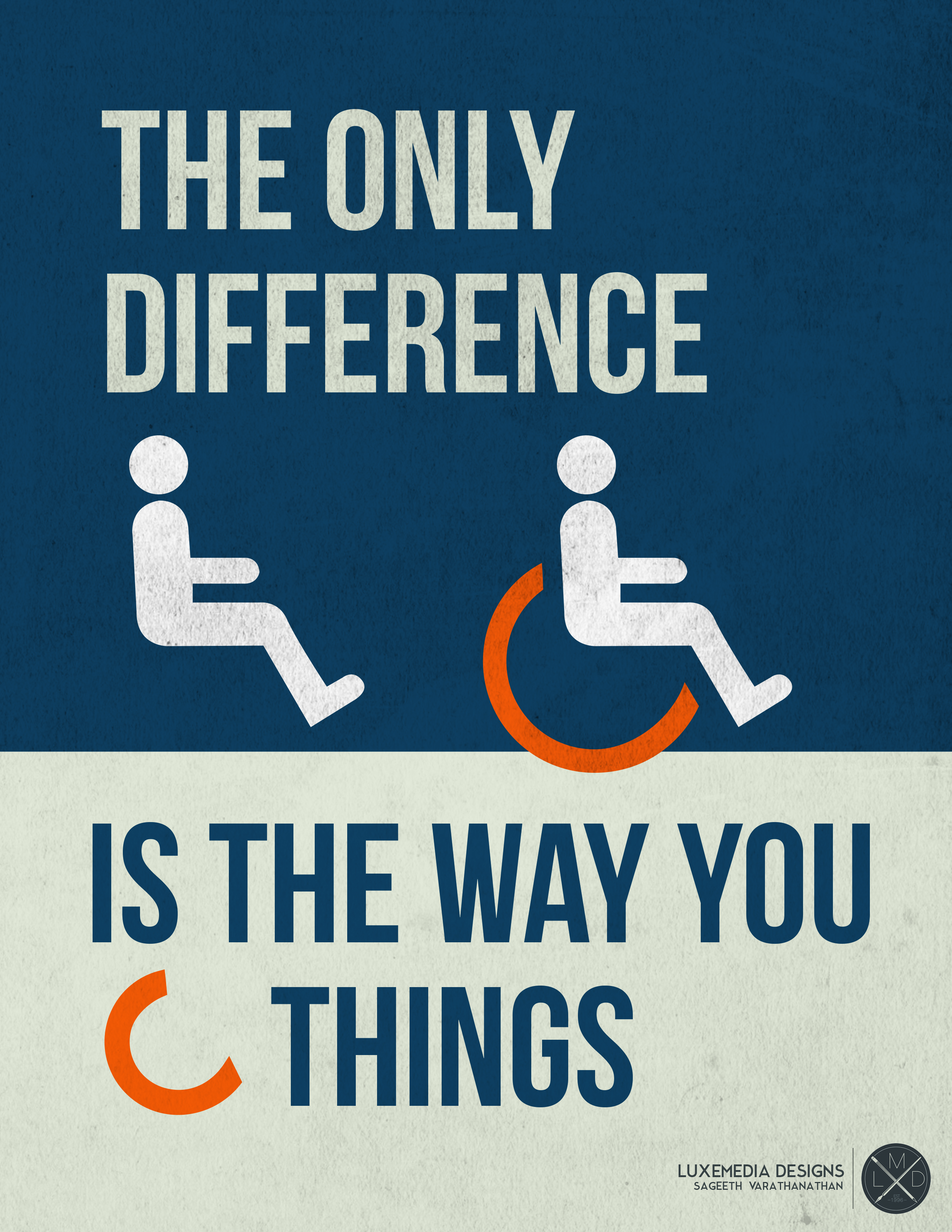 Above: Image of a wheelchair with the line 'The only difference is the way you see things'

Is it not then logical to conclude that what may seem 'reasonable' to one person might be totally unreasonable to another?

And, if that is the case, then the Act places that decision on the business while presuming that the business owners are fully aware of what adjustments need to be made for a myriad of disabilities, both Visible & Invisible, which in the case of Visual Impairment is practically nothing!

Whatever your thoughts are on the instances above it doesn't take a genius to realise that these court cases and demonstrations could ultimately cost the businesses and councils involved so much more in both court fees, settlements, good will and, more importantly, lost revenue.

In the grand scheme of things and from the perspective of providing a fully accessible toilet to someone with a Visual Impairment, isn't spending £600 for a RoomMate really more of an investment than a cost?

So, if your organisation is just 'Ticking the disabled Access box' stop losing money and realise that people with disabilities needn't be feared for the costs they might incur but rather embraced for the opportunities that they offer.