A recent post about discrimination by disability groups themselves caught our eye as it included a link to a court decision from 2014 where a group of disabled theatre goers were charged double for the opportunity to see Bill Bailey.

By the way, Bill Bailey, we love him!  What a tremendously talented individual and brilliant entertainer.

This account is a summation, in our words. For the exact news item click on the picture below. 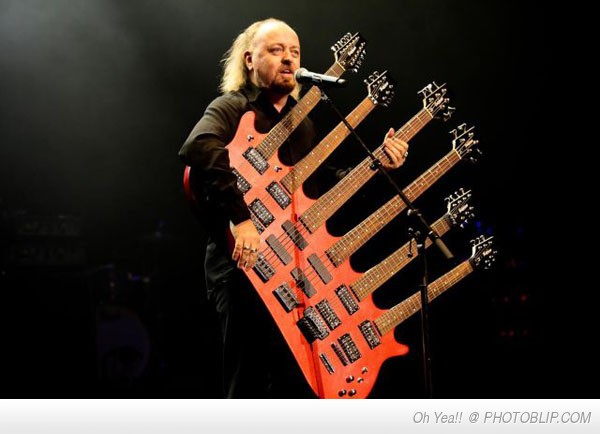 In 2014 Mr Bailey was booked to play at the York Barbican and a local resident, Doug Paulley, along with several other residents of his care home wanted to see him.

Nothing odd so far, but then it turned out that in order to do so each resident had to also buy a ticket for their PA to attend even though the PA's are essential for Mr Paulley and co in their everyday lives.

Mr Paulley didn't think that was fair and filed a case of discrimination against the operators.

and this is where it just gets stupid...

The venue is operated by a multi national corporation, SMG (UK), who decided to fight the case brought by Mr Paulley instead of doing the right thing and changing their policy.

Related Post: Is the Equalities Act bad for your business (Pt 2)

I can only imagine the thought processes that led to this decision and the (totally hypothetical) discussions held before making the decision to fight:

Aide  - Sir/s, we've had some correspondence from a Mr Paulley's solicitors who say that when he went to book tickets to see Bill Bailey..

Suit #2 - Yeah, I've seen him on that Countdown program with Jimmy Carr, he's not bad actually!

Aide - anyway, Mr Paulley's solicitors say that as a person with a disability it's totally unfair that we are charging him for his carer to go along to as he says the carer is a vital part of his daily life and he would be unable to attend without them.

Suit #1 - So how much are these tickets?

Aide - Sue us for Discriminating against him and his fellow residents by making him pay twice as much as someone without a disability for the same service. Which, to be fair, is covered in the Equalities Act.

Suit #2 - But we love disabled people! It says so on our website! What are our options?

1: Acknowledge the issue, agree that charging an individual differently to an able bodied person IS discrimination, change our accessibility policies and use this as an example that SMG (UK) are listening to our clients and doing the best we can for them to ensure this doesn't happen in the future.

We could also reach out to disability organisations and consult with them on how to make venues more appealing to the wider disabled audience and if a venue needs altering, either for viewing or for toilet facilities then it would be a small price to pay for opening up our venues. PLUS, imagine how well that would go down in the media! It's a win, win scenario for everyone as I see it.

Aide - We batten down the hatches, get our lawyers on the case, counter the lawsuit and argue our corner. If we win we've saved ourself a couple of hundred pounds but pretty much admitted that as a company we couldn't give a t**s about our customers, if we lose it would cost us £1000's in lawyers fees and damages plus we'd have to change our policies, plus the negative fallout from our 'disability unfriendly' stance could damage our brand for many years to come.

Now, obviously, this wasn't the conversation, not even alledgedly, but you have to wonder what on earth was going through SMG's minds when they decided to fight.

The outcome: They lost, obviously.

'SMG will now have to pay court costs of at least £20,000, as well as £1,500 compensation to Paulley, while it has admitted in a court document that it discriminated against him.'

I bet if he knew, Bill Bailey would be laughing his socks off!

If you know of a venue that you would like to visit but doesn't have the facilities to help you we'd like to hear from you.

Why? Because they might not know there's an issue and we want to help them to help you!