Pitch @ Palace arrived in Cornwall on the 4th of October.

We, along with 19 fellow start-ups, numerous dignitaries and a few judges, squeezed in-to the Pool Innovation Centre for an excellent day of Networking and pitches.

Read on for details... 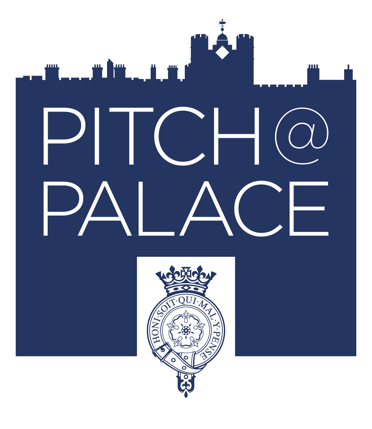 So what's it all about?

Cornwall was the last call on a whistle stop national tour taking in Sheffield and Belfast to find Tech entreprenuers and start-ups who might benefit from pitching in november at St James' Palace in London.

The day was organised brilliantly by Ally Glover and her talented team on behalf of Unlocking Potential and ably supported by the good folks at Oxford Innovation and hosted at the excellent PIC building.

( Quick note here, it doesn't matter where we go the first port of call is always the DAT's and with 4 in their building we were very interested to see how they would go. Not bad actually! In fact, compared to most, Leisha and her crew should be rightly pleased as most get a resounding thumb downs! )

So, Steve and I were up to present and as the 19th of 20 to pitch the tension grew palpably.

We made it up to the lectern without me falling over and talked to the audience for the next 3 minutes.

You can't help being a little nervous, even with your words in front of you, so for Steve to do his bit, roughly a minute long, from memory was brilliant!!

Below is the presentation we used;

The current UK population is 65 million people and according to the RNIB over 2million of them are living with sight loss, that’s 1 in 30 people.

and with the growing issues of diabetes AND an aging population, this figure is forecasted to DOUBLE by 2050.

My name is Spencer, and together with my fellow founder and Director for R&D, Steve, we would like to tell you about the RoomMate.

Since 2010 the Equalities Act has provided guidance to 1000’s of businesses on their legal & moral requirements for disabled access.

The Document M, as it is called, sets out very stringent DO’s & DON’T’s that designers have to adhere to when it comes to accessibility, especially in toilets, but there is a problem: 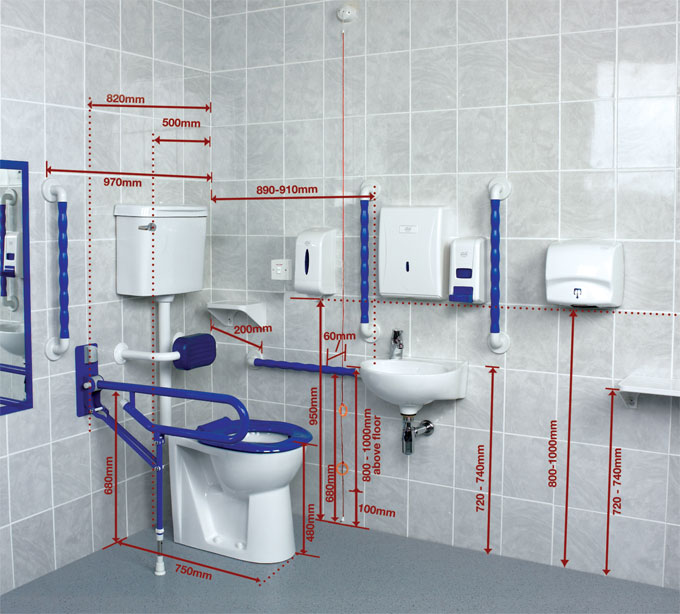 If you are visually impaired there is still absolutely NOTHING to help you use a disabled access toilet without someone else having to be present.

“There is a problem, when I am out and about and I need the disabled toilet.

It has to be described to me otherwise I can struggle to find the toilet, the toilet flush and, if I should need it, the emergency pull cord.

I sometimes become disorientated and have difficulty finding the exit door.

It is assumed that I can cope but there is nothing in the room to help me.

Every unfamiliar toilet is a new problem to me.

Why do I need to continue the humiliation and embarrassment of having to ask someone for a description of the toilet?

It is the one place where we need our privacy.

All we want is to keep our dignity, maintain our independence and use a loo easily and quickly.

There just had to be a simple solution..... 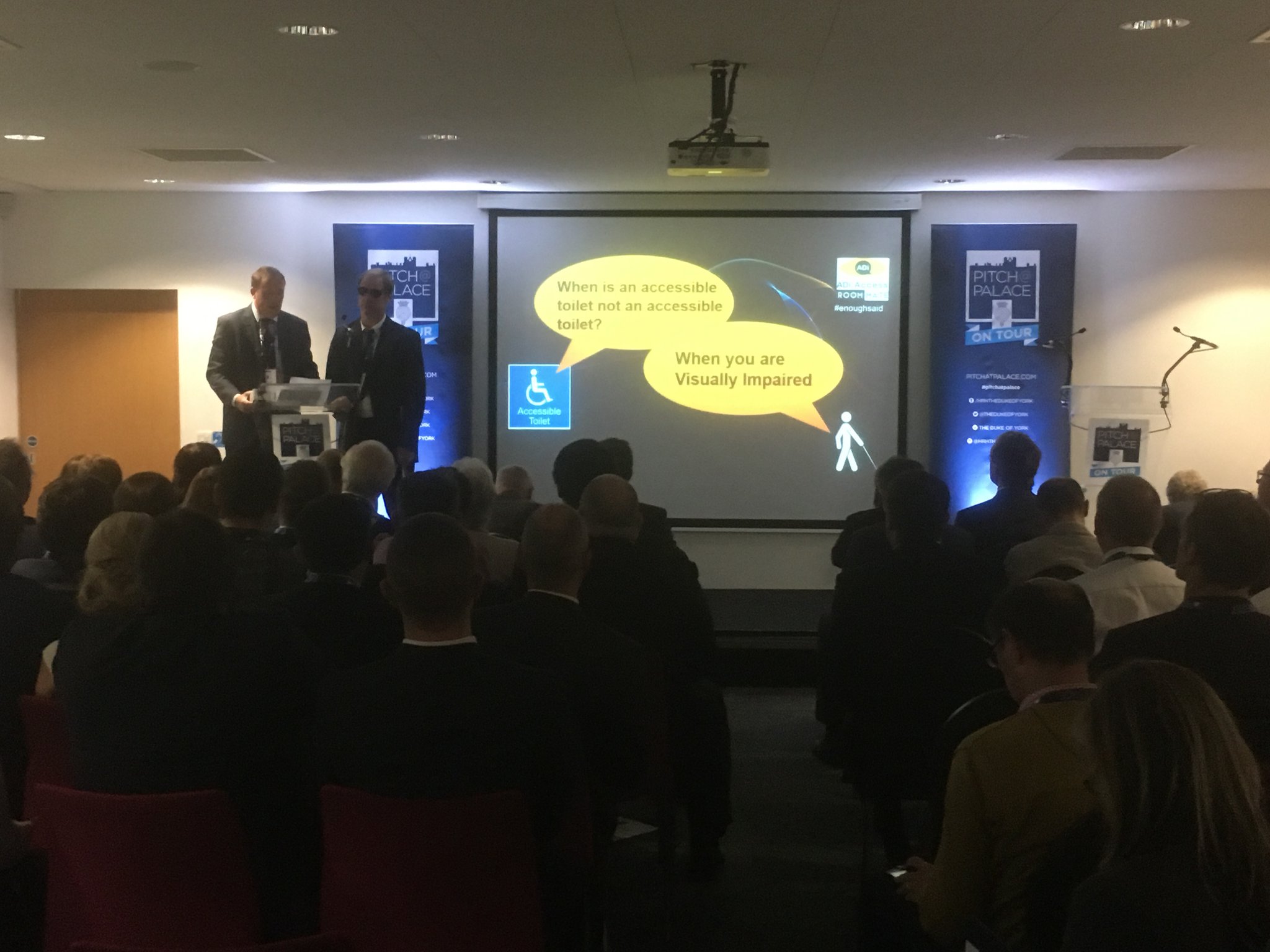 So simple, in fact, that initially no-one would believe it wasn’t already being done.

The RoomMate uses some extremely clever, patent pending, technology to provide a simple, yet obvious solution, a voice in a box giving an accurate audio description of the room.

One vital function, however, is that it needs no technological input or gadgets on the part of the user, simply a wave of the hand.

RoomMate was designed and built here in Cornwall, and we launched in June last year in some pretty high profile places, including the PALACE OF WESTMINSTER, NATIONAL TRUST, EDEN PROJECT & both PLYMOUTH & EXETER UNIVERSITIES AND A NUMBER OF HOSPITALS AND PUBLIC BUILDINGS.

Next year we begin trials with GWR in their planned new rolling stock as well as in SEVERAL stations.

We’re talking to Heathrow and Tesco have become the first major supermarket chain to trial a unit.

Well as Steve mentioned, dignity and independence, something most of us are lucky enough to take for granted, is in pretty short supply in our loos if you’re visually impaired.

So, far from being a burden, government and businesses should look at RoomMate as an opportunity to simply, cheaply and easily, comply with the Equality law and offer help and encouragement to their Visually impaired visitors and customers, they do, after all make up 1 in 30 of the population

So what do you think?

We wanted to use the occasion to really get across that RoomMate provides an incredible opportunity for an extraordinary number of people to keep some dignity and Independence without causing massive costs and disruption to the owner/operator of the facility.

Did we achieve it?

What would you have added? Or taken out?

Let us know, it might be the difference next time....

We weren't chosen as one of the 3 unfortunately, which, although disappointing, considering the calibre of our fellow pitchers I think we did a cracking job opening some eyes.

Steve, Helen and I had some very interesting conversations with many of the delegates there and all in all the day was a fantastic success in more ways than one...

Some of those conversations might just lead somewhere and you'll be the first to know if you've signed up to our newsletter.

If you haven't then getting signing!!

Well if you're in Exeter on the 18th of October we'll see you at Venturefest.